A Coffee Brand for Body Builders

From Jonathan: This brief made me both excited and terrified. Excited because I love coffee—good coffee (the kind in the beautiful shops crafted by the friendly baristas with tattoos and good music taste). But terrified because, well, I am no bodybuilder. Instead of going to the gym to get swole and take selfies, I veg out in bed with my dog. Looking at the designs of stuff bodybuilders use didn't help—look at any protein powder packaging and you'll know what I mean.

To help define a visual language, I started with a story. I started researching Vikings because I feel like they looked like bodybuilders. While researching, I came across the story of this Viking called Ivar the Boneless. He was part of this intense group of warriors—think Navy Seals but the Viking version that wore bear skins instead of armor. These guys were intense. In the heat of battle, this fury would take over. A chill would come over them and their faces would swell and change colors. Then they would stop and let out a barbaric and animalistic howl, bite the edge of their shields, and cut down anything in their way. These guys were called berserkers (Norse for "bear skin") and gosh darn if that isn't a dope name for coffee.

When it came to the look, I wanted to capture that fit that the berserkers had in battle. I thought a look way to do that was through line work—straight, congruent lines that change colors and go wild. I wanted to translate that into the different roasts, so I took the lines and gave each one a different bit of character—sharp zig-zags for the caffeine-heavy roast, smooth waves for the classic flavorful roast, and straight lines for the decaf roast. 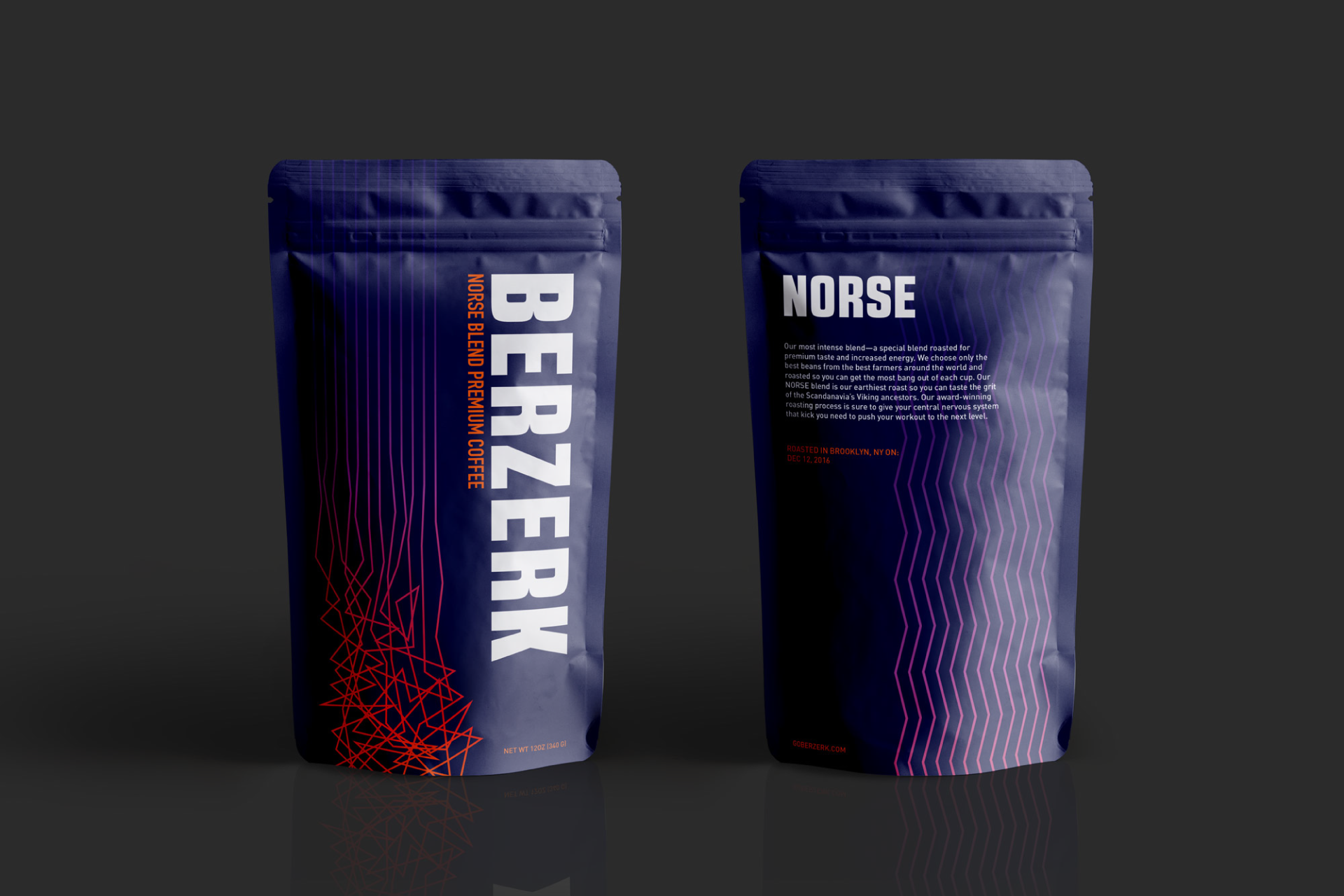 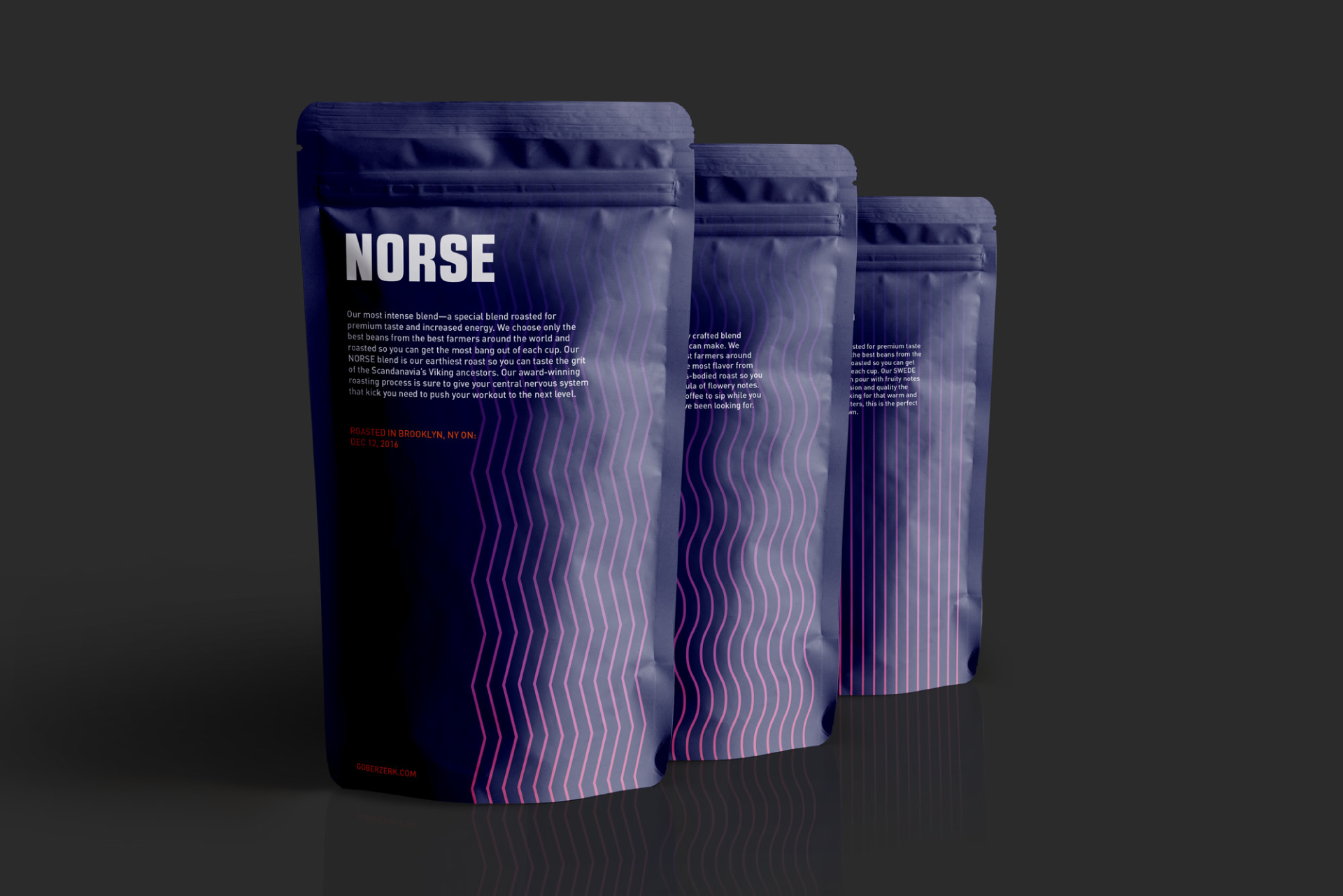